& Programming (coding)
What's the difference between Computer Science, Computational Thinking & Programming (coding)?
Computer Science is Human Computer Interaction, Computer Graphics, Coding Introduction, Compression Coding, Encryption Coding, Error Control Coding, Software Engineering, Algorithms, Artificial Intelligence, Programming Languages, Formal Languages, Computer Vision, Data Representation, Network Protocols, Complexity and Tractability
Computational Thinking encourages the use of critical thinking using concepts that relate to Computer Science.
www.digital.school.nz/computational-thinking
​
"Computational thinking enables a student to express problems, and formulate solutions in a way that means a computer (an information processing agent) can be used to solve them" ​MoE
​
​"Computational thinking is the thought processes involved in formulating problems and their solutions, so that the solutions are represented in a form that can be effectively carried out by an information-processing agent” Jeannette Wing

Programming (coding) is the process of taking a solution to a problem (i.e. an algorithm that solves a particular problem) & putting it into an unambiguous form (lines of code), so it can be executed by a computer (digital outcome) 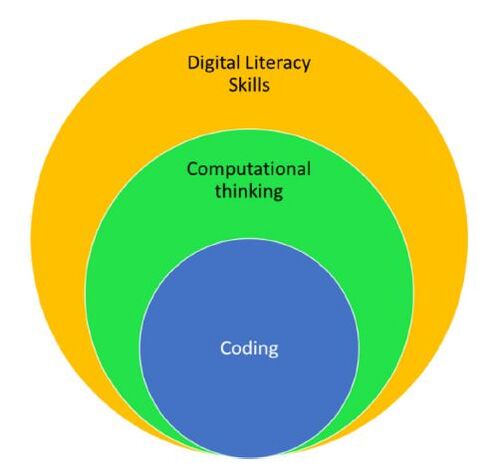 ​Professor Tim Bell, University of Canterbury csunplugged.org + csfieldguide.org.nz ​
"Generally people have the wrong idea about what's involved in Computer Science software engineering, and particularly the image that it's just sitting at a computer typing away. Really there is way more to it than that. Most professional software engineers would probably only spend 20 per cent of their time programming. Because most of it is about communication with people - finding out what people need, and then designing something that will meet that need."

Click on this image to learn about the 15 areas of Computer Science & resources from the University of Canterbury, New Zealand

There are 700+ programming languages. All languages have different syntax’s, the rules that define the structure of the language. All languages offer different tools and services for websites, mobile apps, 3D, AR/VR, databases, networking, AI etc. 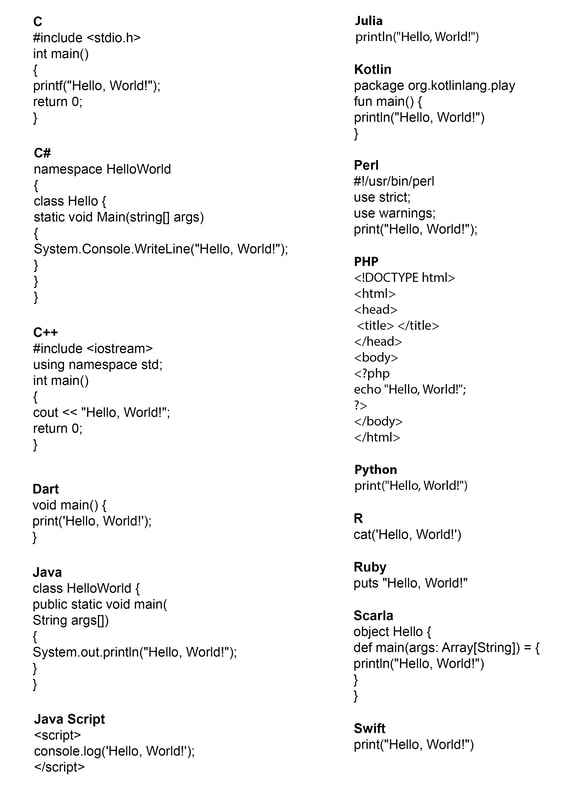 HOW THE INTERNET WORKS

The mother of all demo's

9 December 1968 - Augmenting Human Intellect
Highlights and descriptions of the December 9, 1968 demo by Douglas Engelbart and his team at SRI (at the time called Stanford Research Institute). It was the first public demonstration of the computer mouse and fundamentals of modern computing. The demo included the world debut of personal and interactive computing, featuring a computer mouse that controlled a networked computer system to demonstrate hypertext linking, real-time text editing, multiple windows with flexible view control, cathode display tubes, and shared-screen teleconferencing.